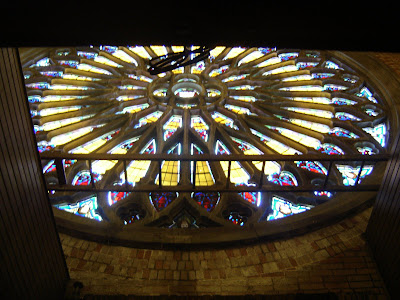 In fact, unless there's some problem with the bells, it's only seen by one person, twice a year. Only seen that often because someone has to change the time on the mechanism that rings the bells whenever daylight savings time comes and goes. 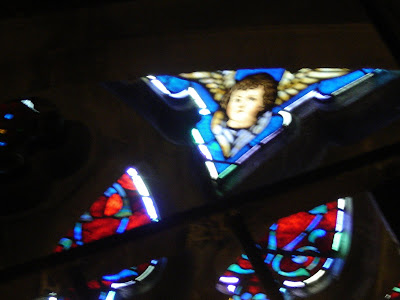 In the outer part of the rose window are sixteen faces of cherubs, seemingly all different. 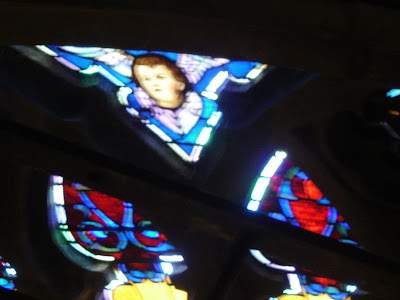 The pictures aren't very good since they were taken while I was in a very uncomfortable position half in and half out of an opening in the wall that supports the organ pipes. 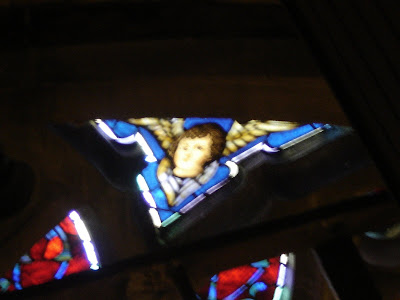 Worth it, but I wouldn't want to do it again. 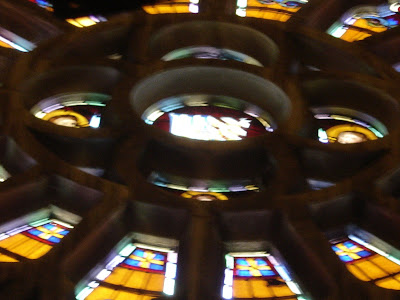 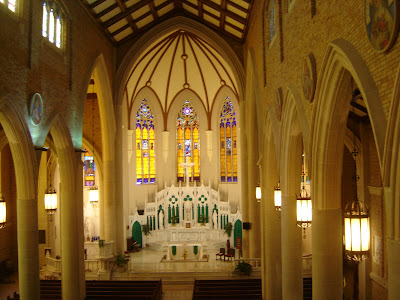 Posted by Jeffrey Smith at 4:06 PM

The more you do those high-wire acts, the more you'll like them.