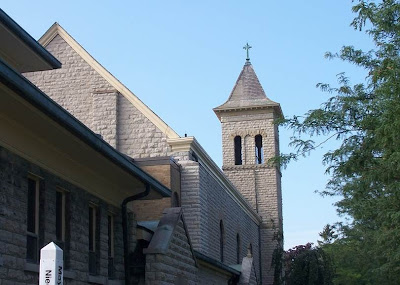 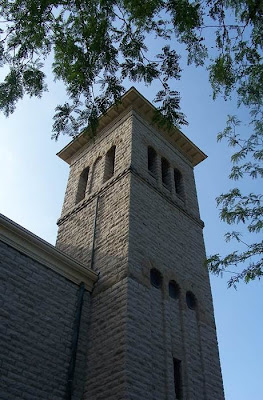 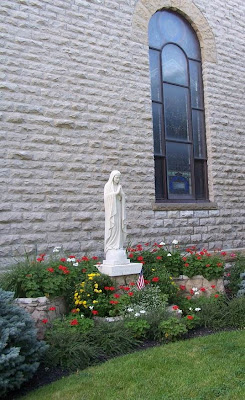 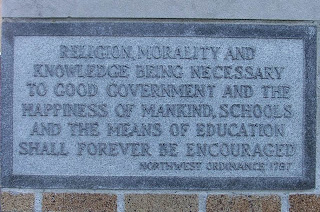 Quotation from Northwest Ordinance on the school.
Posted by Kevin Hammer at 8:12 PM No comments: 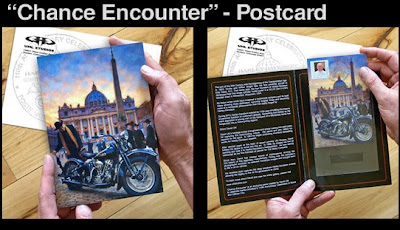 Toledo St. John's Jesuit graduate David Uhl was commissioned to create a postcard featuring the Vatican and a Harley-Davidson motorcycle -- full story HERE.  Uhl's website is HERE.
Posted by Kevin Hammer at 10:56 AM No comments:

For anyone interested, a Solemn High Mass in Latin will be offered at Our Lady of Consolation Shrine in Carey on Wed., September 4, 2013 at 12 noon. (This is part of a pilgrimage from Michigan, but open to all.)  More details HERE.
Posted by Kevin Hammer at 10:01 PM No comments:

The artwork of Gerhard Lamers has not been featured previously on this blog -- this is hopefully the first step in highlighting his works.

Lamers was born in Kleve, Germany, near the Dutch border in 1871, studied at the Munich Art Academy, and started an art school in Muenster.  He first visited America in 1925 to work on the cathedral in Wheeling, WV [update: presumably as assistant to Felix Lieftuchter, source HERE, page 12].  He returned to the U.S. in 1928, and while he was associated with the many German Catholic artists of Cincinnati, his style was much different, with one writer noting that he "leans heavily on Byzantine prototypes.  His angels, saints and apostles . . . are elongated, archaic bodies, reminiscent of mosaics in Eastern European churches of the tenth and eleventh centuries."

He was quite active in Ohio and the Midwest.  Some examples include:

Apparently Lamers was the subject of a retrospective exhibit at a museum in Kleve, Germany in 1980, "Der Kirchenmaler Gerhard Lamers."  (The Church Painter.)  Lamers died in 1964 in Cincinnati.  In the future, I hope to feature photos of his works.
Posted by Kevin Hammer at 8:21 PM No comments:

Evening at the Shrine 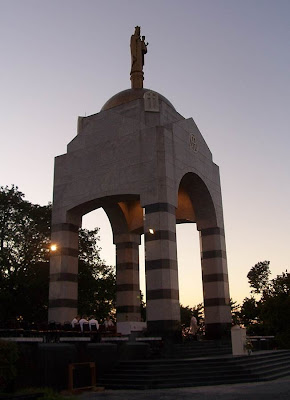 Before the Vigil Mass at Our Lady of Consolation in Carey.
﻿ 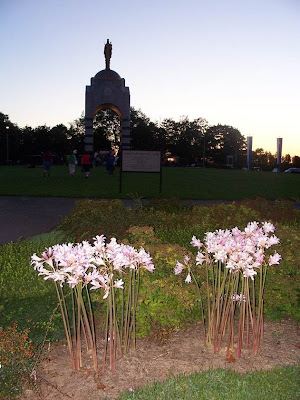 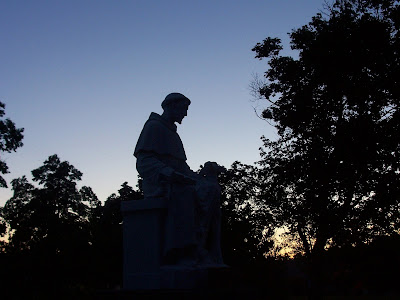 St. Francis in silhouette.
Posted by Kevin Hammer at 11:17 PM No comments: