Feast of the Assumption at Carey, 2021 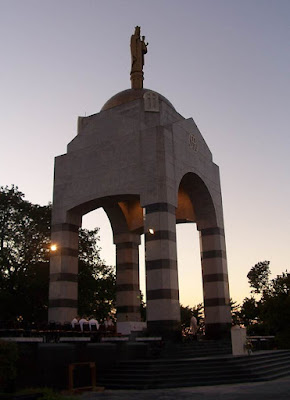 While there will be no candlelight procession or camping at the Shrine of Our Lady of Consolation this year during the Feast of the Assumption, there will still be daily novena services and extra Masses scheduled.  For a full list, click HERE.
Posted by Kevin Hammer at 7:11 PM No comments: 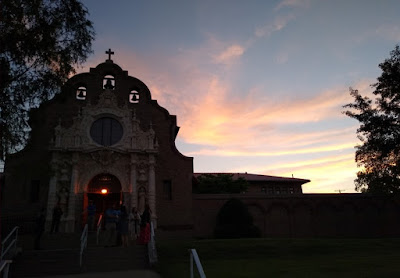 Sisters of the Visitation Monastery 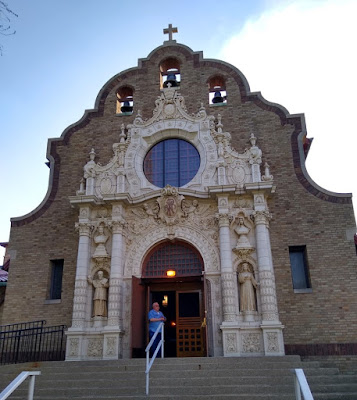 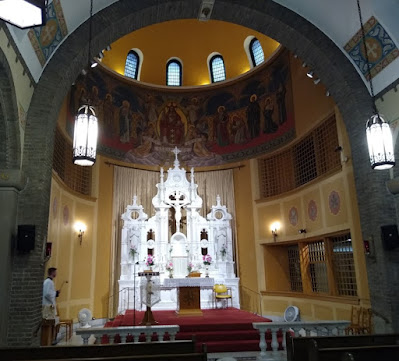 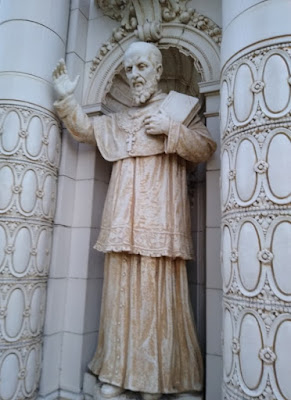 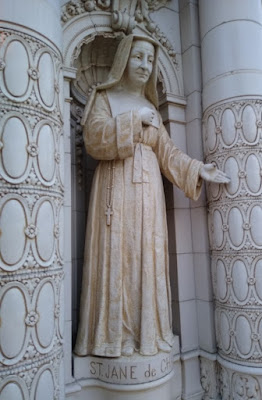 St. Jane de Chantal
You can see videos of their Novena to the Sacred Heart on Facebook.
Posted by Kevin Hammer at 9:00 PM No comments:

The Year of St. Joseph 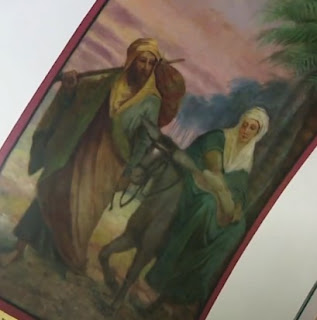 Posted by Kevin Hammer at 7:39 AM No comments:

Beautiful views of Rosary Cathedral in this report:

Posted by Kevin Hammer at 7:15 AM No comments:

Posted by Kevin Hammer at 11:33 AM No comments: 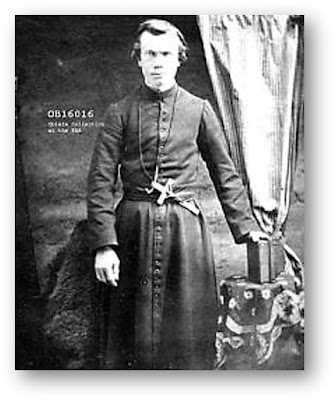 A request for information from a reader of this blog:

For over 25 years, I have been conducting a search for a missing unpublished manuscript. The last possible known connection with it was Fr Frederick A.Houck who was long associated with your church in Toledo. He died in Toledo in 1954.

Fr Fred and his brother, Msgr. George F Houck, also an Ohio priest grew up in Tiffin, Seneca Co., Ohio in a mainly German/Austrian community in the mid 1800s. Quite a few of the young Catholic men there joined the priesthood and one was their friend, Fr Anthony S Siebenfeurcher who became parish priest in Kenton, Ohio. They all remained life-long friends.

One of his friend's was an Irish born priest, Fr Constantine M Scollen who had spent many years living and working among the native people of Alberta, Canada, mainly the Blackfoot, before moving down into the USA where he continued to work amongst the native peoples before ending his days in Ohio. He died in Dayton in 1902 and is buried in the Calvary cemetery, there. I created a Wikipedia page of his extraordinary life.


On his death, his personal papers journals and the unpublished manuscript were passed into the care of Fr Siebenfeurcher. He died in 1911, also in Dayton and it is thought that his papers including those of Father Scollen were passed on to George Houck and then again to Frederick.

I live in County Durham, in North East England which is where Fr Scollen was raised and I am surrounded by many of his family. I am hoping that the papers have survived and are lying on a dusty shelf somewhere in Toledo or Ohio just waiting to be rediscovered. It would be lovely to successfully conclude my search because I am now no spring chicken.

Thank you for reading this and for any potential assistance.
Best wishes
Ian Fletcher
Seaham, Co. Durham, England. SR70ER

You can read more about Fr. Scollen HERE and HERE.

Posted by Kevin Hammer at 9:48 AM No comments: 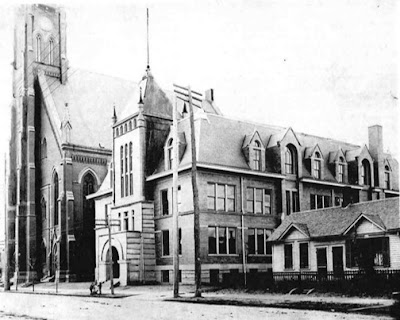 Cleveland architect Henry J. Harks designed several schools and buildings in Toledo around 1900.  These include St. Anthony's School, St. Michael's school, St. Ann's School (now Gallagher Hall) and the former Notre Dame convent. He had two brothers who were priests serving in the area, and two sisters who were Sisters of Notre Dame.  The Basilica of St. Adalbert in Grand Rapids, Michigan, was his design as well.

A biography and list of his works can be found HERE.

Thanks to Chip Valleriano for passing along this information.

Posted by Kevin Hammer at 5:32 PM No comments: