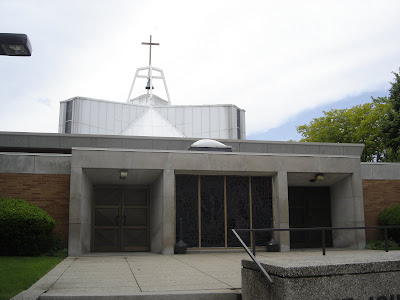 I'd seen this one before, but the location makes getting the right light for pictures a matter of pure chance. The light on this particular day wasn't good, but a lot better than you'd get in full sun, unless it was early in the morning.
I have to admit I have mixed feelings about this one. The main block of the building isn't bad at all and I do like that entrance. 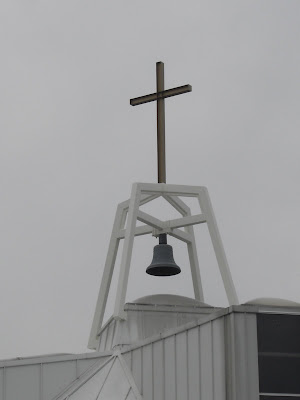 The belfry isn't bad, either. It's rather interesting, actually, and a damn sight better than all those silly little fiberglass spires that sprout like weeds from a lot of churches of the period. The more I look at it, the more I like it. 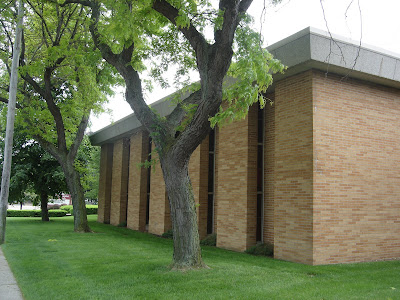 Not much in the way of windows, but that wall is really very nice. 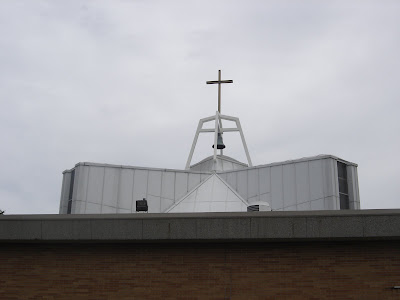 There's a problem, however,... 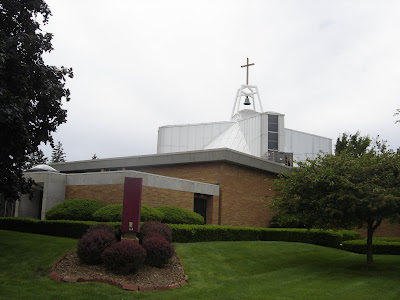 ...in the form of that big, white, er......thing. ( Don't know what to call it. It's not really a dome and it's too ruddy big to be called a cupola. Let's just call it "that thing." ) Looks like it was designed by the props department of "Plan Nine from Outer Space", and if you know the reputation of that film, you'll realize that's a serious matter. 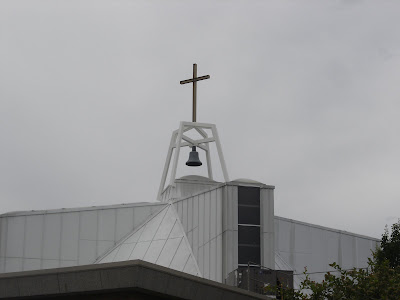 Maybe covering it with something a bit less glaring than those white panels would help. I wish they'd try. The rest of the building's decent enough to deserve better.
Posted by Jeffrey Smith at 6:48 AM