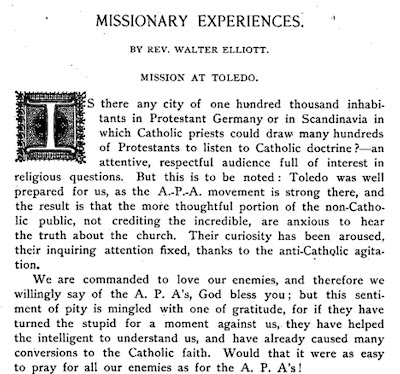 From the May 1895 issue of Catholic World, Rev. Walter Elliott, a Paulist priest, details his experiences during a mission in Toledo.

The A.P.A. was the American Protective Association, an anti-Catholic society “which became a disturbing factor in most of the Northern States during the period 1891-97.” 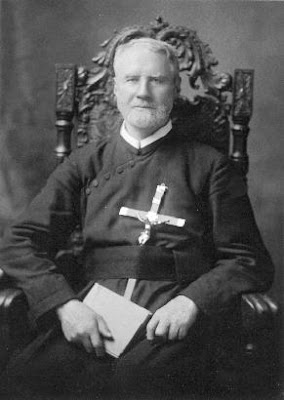 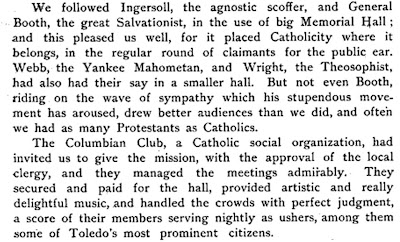 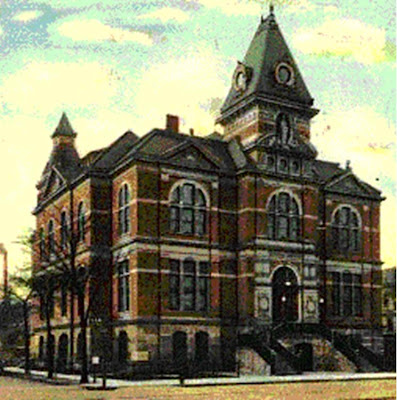 (I believe this is the Memorial Hall referenced - it was located near the Lucas County Courthouse.)

This article can be found in "The Making of America" database, which is a vast stockpile of books and journals from 1850 to 1877.

I may have to cross link to this over at Per Christum - thank you for the link, BTW. We will be udpating our links sometime next month and I will be sure to get a link for this fine blog.

Having grown up in Toledo, this blog just warms my heart.