The Most Reverend Robert W. Donnelly, the third auxiliary bishop of Toledo from 1984 to 2006, died July 21 in his home at the age of 83.  Funeral services are pending.  Read a full biography HERE.
Posted by Kevin Hammer at 11:21 AM No comments:

As promised from long ago, I have pictures from the demolition of St. James in Chicago, IL. They can be found on my Smugmug. Click here or on the picture.

It's a sad, sad thing - painful to watch the slow progression of demolition. I was able to be in on some inside scoops of the politics surrounding the process of condemnation and eventual demolition. I don't mean to continue the politics, but a lot of shame should be put on the Archdiocese of Chicago. You can easily find many articles on this subject that clearly show how there were many potential options for preservation, or at least salvage opportunities. In the end, the Archdiocese decided that demolishing the church with little to no salvage work (and with a promise of building a new one) was best. We'll see what becomes of this "new church". So far, not a thing. 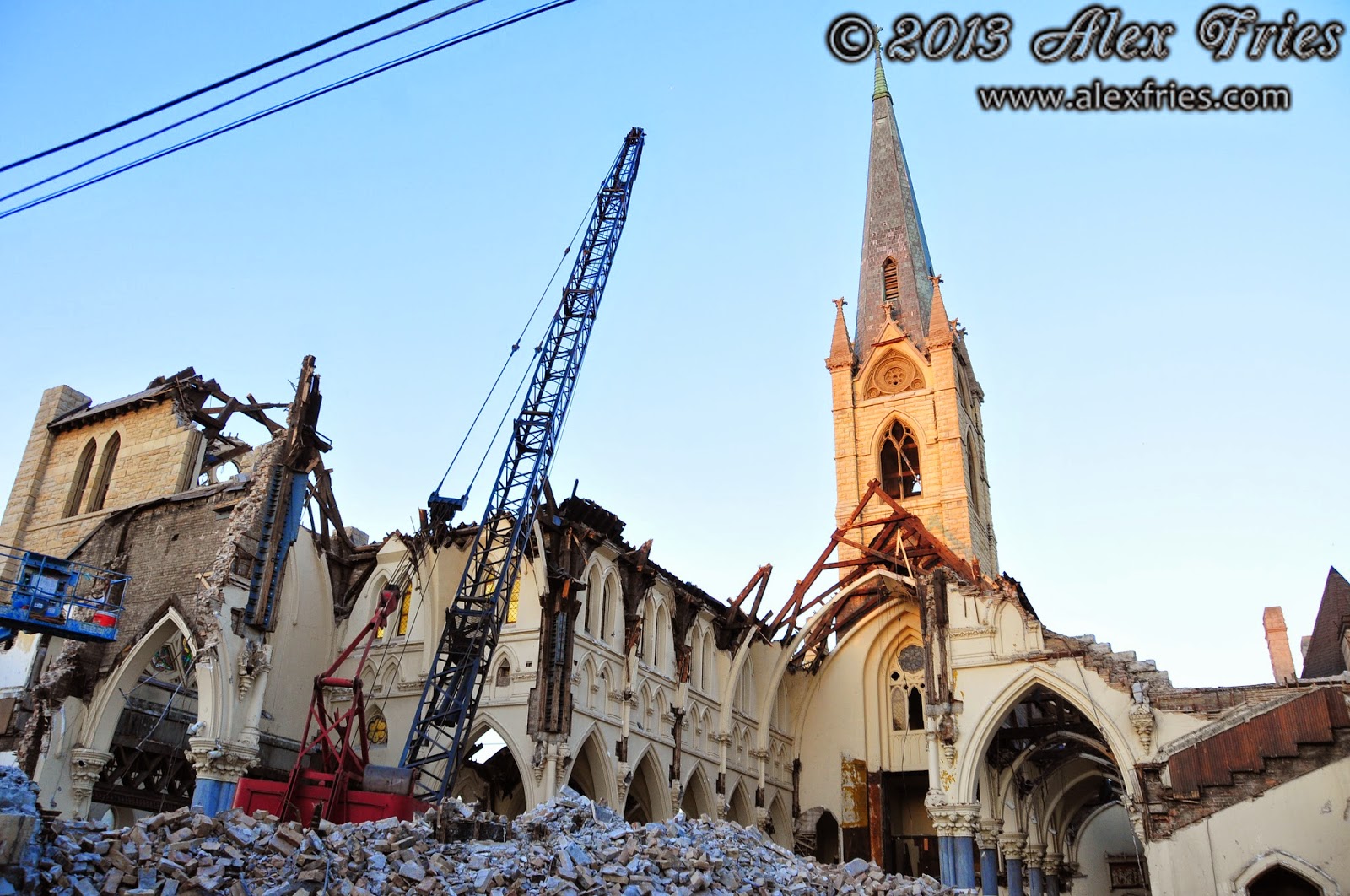 I am glad I was able to experience it and document it in such detail. Some things that just couldn't really be captured were the sounds of stained glass breaking from the various claws and buckets gnawing away at the structure, and the sight of watching workers busting out 100+ year old stained glass with crowbars, knowing full well that with a little more effort and investment, those magnificent windows could have been saved. That latter moment was not captured on "film" by me; I think I was just too horrified and dumbfounded to react.

One has to wonder what will become of the 1891 Roosevelt organ that was dismantled and "put into storage". The same goes for the unique 20-bell Chime which suffered a similar fate. One can hope that they'll be again reunited with their home parish and not sold off to the scrappers or parted out.

Hopefully the parish of St. James can recover from this one of many losses. They have struggled with their numbers for some time, however the amount of community work they do is incredible.

Thank you for reading and checking out the pictures!

Soon I will actually post again on some churches back in Ohio when I take a road trip home.
Posted by Alex Fries at 11:28 PM No comments: 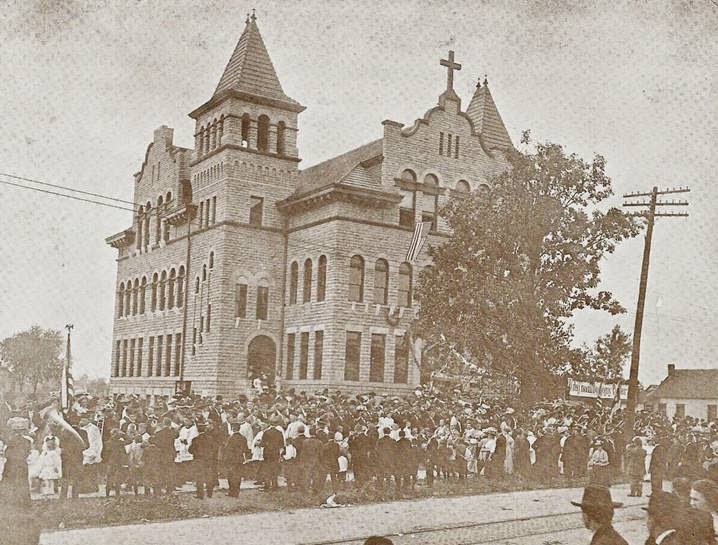 Dedication of the combination church / school building in 1910. 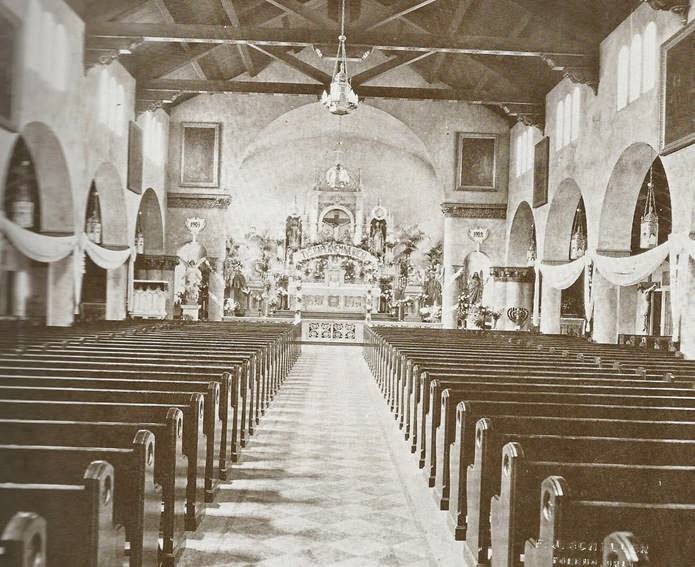 Interior of the current church building, photo from 1928.  Decorations are part of the celebration of the 25th Jubilee of Fr. J.P. Wachowski. 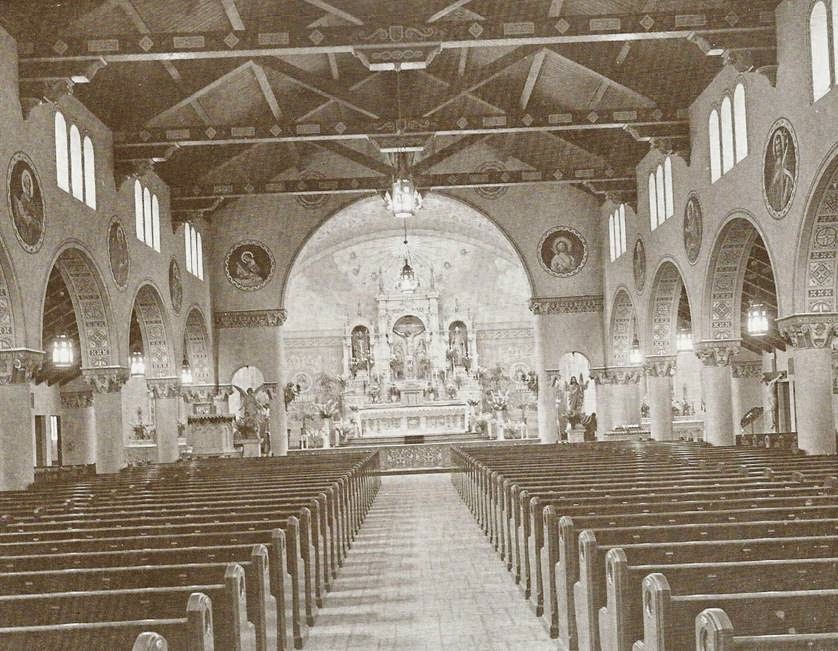 Photo of interior dating from 1982.