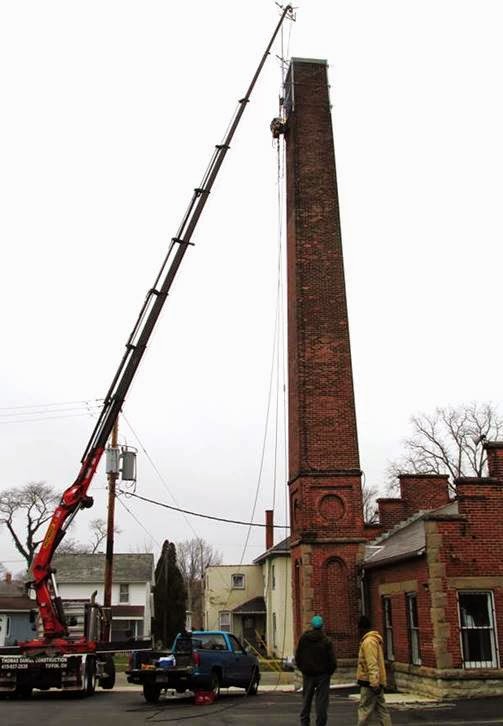 The massive old brick smokestack at St. Joseph church in Tiffin will now serve as the structure for the radio antenna broadcasting St. John Paul the Great Radio (FM 103.3 WSJG-LP).

And speaking of radio -- Catholic radio personalities Marcus Grodi and Dr. Ray Guarendi will speak at the Toledo Men's Conference on Sat., March 14, 2015 at the SeaGate Centre.  Details HERE.
Posted by Kevin Hammer at 10:33 PM No comments:

Email ThisBlogThis!Share to TwitterShare to FacebookShare to Pinterest
Labels: Tiffin

Other Blogs of Note

Roamin' Catholic Churches - photos of churches in Wisconsin, Chicago, other areas in Midwest:

http://www.dictionaryofarchitectsincanada.org/introduction
Posted by Kevin Hammer at 10:16 PM No comments:

The Twin Church of Reed Assumption 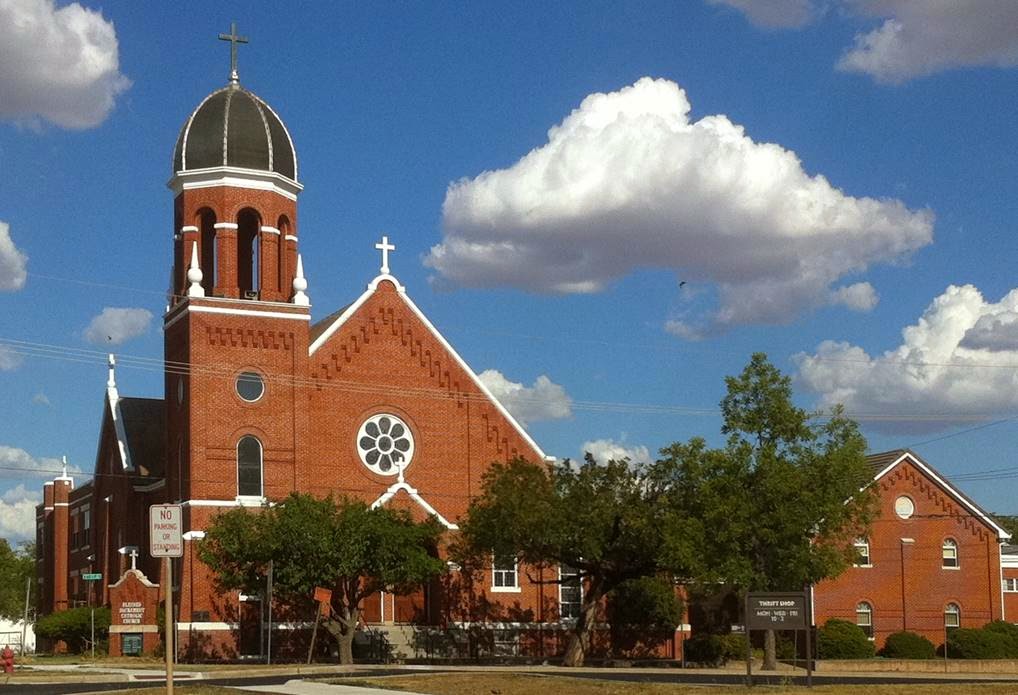 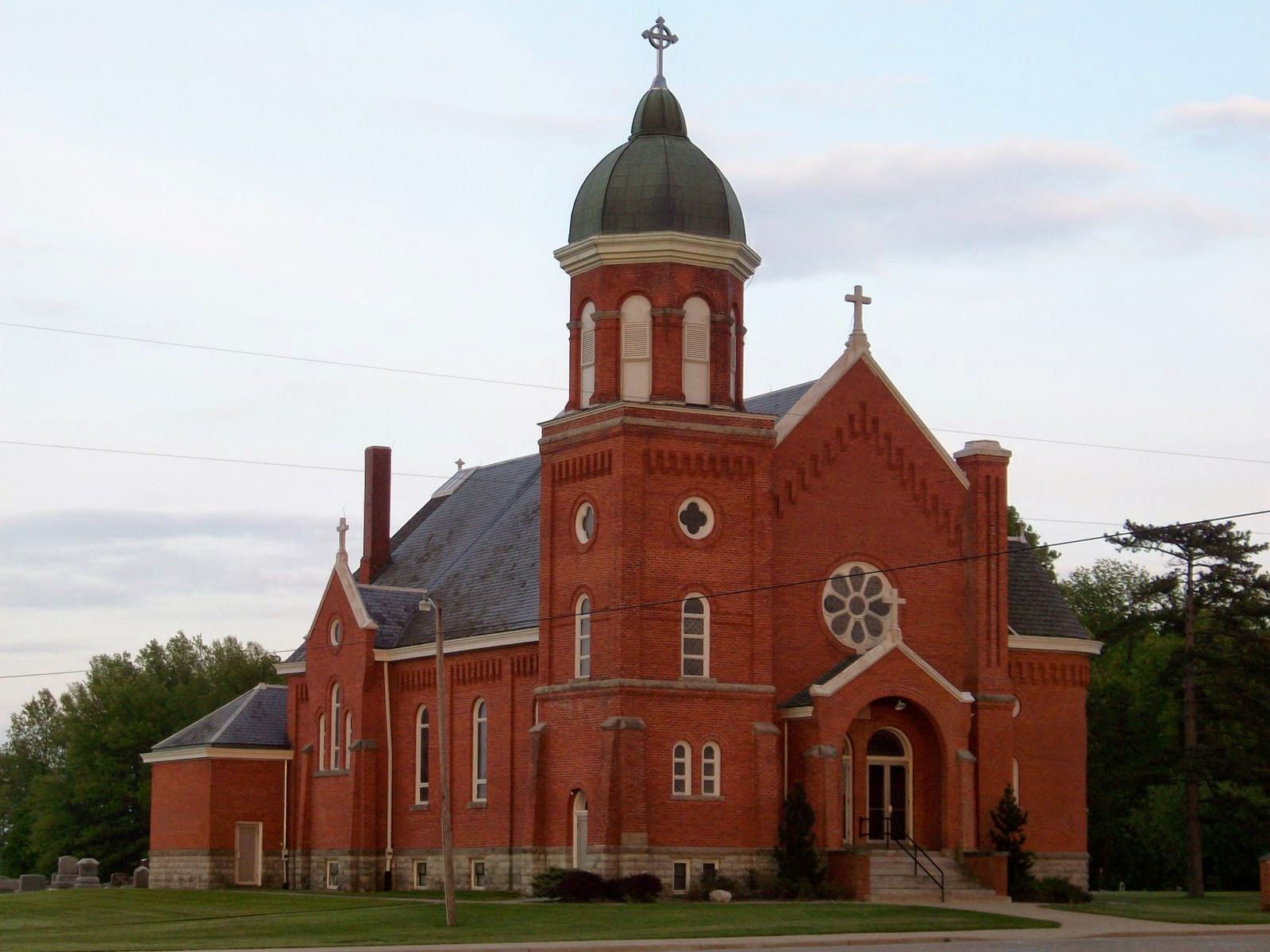 The former Assumption church in Reed, Ohio, near Bellevue.

Recently a reader of this blog, Marilyn Landoll, sent along a fascinating story about a twin church of Assumption in Reed, that was built in Lawton, Oklahoma:

According to a parish history of Reed Assumption, their church was designed by Erhard Brielmaier and Sons, architects of Milwaukee.  And on the Lawton Blessed Sacrament website, it says there may be a church in Kansas that used the same plans.

Many thanks to Marilyn for sharing this history!
Posted by Kevin Hammer at 9:47 AM 1 comment: