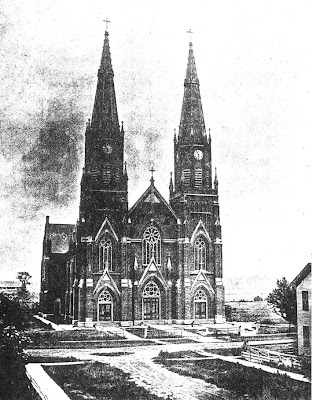 Photos & information from the Putnam County Atlas, originally published in 1895 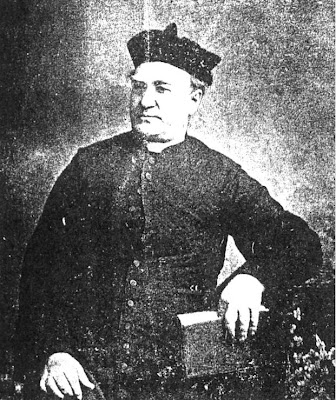 Rev. Michael Mueller was born January 21, 1833 (hey, Happy 175th Birthday) in Bavaria, Germany. He received a common school education in that country, then came to the United States in July 1852. He taught school in Huron, Washington and Crawford counties for four years, then attended Cleveland’s St. Mary’s Seminary for six years, followed by a year at St. Vincent Seminary in Westmoreland county, PA, then a year at Assumption College in Windsor, Canada, then back to St. Mary’s Seminary in Cleveland. His first assignment was at Rockford, Ohio in 1865, and in 1868 he arrived in Ottoville.

Mueller was “the great factor in planning, promoting and constructing this model church, and it will ever stand as a monument to his untiring energy and perseverance.”

Email ThisBlogThis!Share to TwitterShare to FacebookShare to Pinterest
Labels: Ottoville