At St. Mary's in Norwalk Ohio, we are going to be tearing down the former convent (called "The Century House). We have already had our auction for our parishioners, now we are opening it to the public. This Saturday (the 19th), there will be a public auction from 9am to 12pm. The auction is for anything and everything in the Century House that anyone wants. From floorboards to doorknobs to trim. Whatever is in there is up for grabs. It will be set up like a silent auction. Folks interested in old architecture or that collect/salvage things from old houses may especially want to attend this auction.
For more information, please refer TO THIS PAGE (http://www.stmarynorwalk.org/centuryhouse/chouse.htm) on our website. 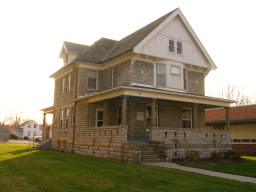 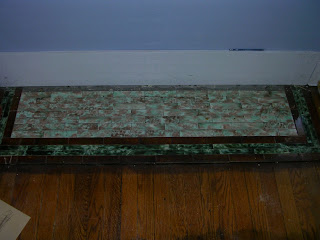 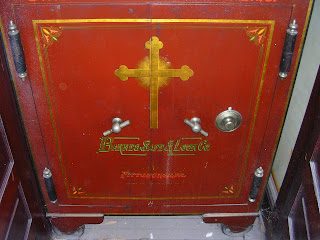 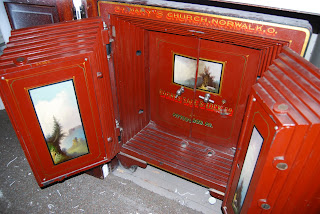 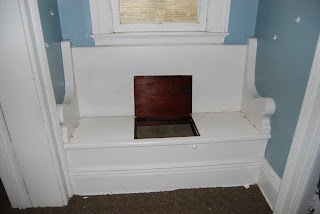 The Century House was built in 1907 for $15,000. The house is made of brick and limestone and has approximately 2200 square feet on two floors. The house was used as the pastor's residence until 1964 when the present rectory was built. The building was then renovated in 1965 and used for a convent in the fall of 1965. A hot water baseboard heating system was installed in 1974. The building served as a convent until 1989 when the sisters moved in with the St. Paul sisters. The building was then used for meetings and was also used as a dressing area for brides before weddings. It was at this time renamed the "Century House". It was again renovated for use as a preschool in the year 1992. It has been used as a preschool for 14 years. It is now used for storage.
Posted by Alex Fries at 9:32 AM

I'd like to see the mantel that went with that hearth.

if i come up with any pictures of it, i'll send them to you. It was removed when the house was converted to a preschool. If i remember right, Mike told me it was make out of Maple and it was all ornate and such. But you may just have to ask him.